One of the plan items for Eclipse 3.7  I’ve assigned is to migrate the Eclipse and Equinox build to run on the Hudson installation at eclipse.org.  So I’ve spent a lot of quality time with Hudson lately. (Soon to be called Jenkins).

Today, I attended a webinar about optimizing Hudson in production hosted by Kohsuke Kawaguchi of CloudBees. Since my handwriting is similar to the last slide in this Oatmeal cartoon, I thought it would be better to jot my notes down in a blog post. As I was listening to his suggestions, I thought about how his seven best practices apply to our use of Hudson at Eclipse. 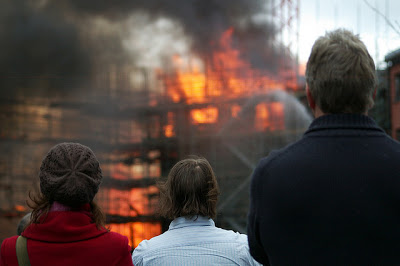 @Eclipse:  Backups and disk configuration are managed by the webmasters, along with upgrading and installing hudson.

@Eclipse: Yes, we have distributed builds and several platforms available for test purposes.

@Eclipse: We use label our build machines as livestock.  No pets for us. However, I’m quite envious that the Mozilla foundation has adopted red pandas (firefoxes).

@Eclipse: https://hudson.eclipse.org is short and simple.

7.  Try to keep the build records under control.

@Eclipse: Yes, we do clean up old builds. Also, the webmasters have created a cron job to send a friendly email every week listing of the Hudson disk utilization to remind the release engineers to clean house.

The slides are available here and obviously provide a lot more detail than my short summary.  If you’re interested the best practices for configuring Hudson for a production environment that has room to grow, this presentation is provides very useful suggestions.