I’ve been thinking a lot lately about open source history.  I’m in the midst of preparing material for a presentation that John Kellerman and I will be giving at EclipseCon Europe about the history of Eclipse. Last week an interesting video crossed my twitter feed.  It was a talk by Mitchell Baker on the history of Mozilla.  Mitchell is the Chair of the Mozilla Foundation and Mozilla Corporation and has been involved in this community for many years.  Her title is Chief Lizard Wrangler.  That’s the best job title I have ever heard.  Well, being called an astronaut would be fun too but you get the idea.  According to Wikipedia, she’s a also skilled trapeze artist.  I like learning about people with interesting hobbies.

In the video, she talks about the history of  Mozilla, which started in 1998. She describes the tension between Netscape the corporation and Mozilla the community.  For instance, the belief in the Mozilla community that commit rights should be earned and voted on by your peers, not just assigned based on your employer.  It’s a really interesting to learn about the conflict in those early years at Mozilla and how they worked so hard with very few resources to be where they are today.

One of my favourite lines from the talk is that “Technology alone does not change people’s lives.  Our opportunity in the browser is to have a product that touches people.” Also, she states that the problem with a lot of open source projects is that they are irrelevant to the marketplace and don’t treat their users very well.  For instance, calling a user stupid isn’t going to make their life better.  “You need to make a product that is elegant and beautiful and powerful under the covers but that people love.”  Mozilla has a bit of a different outlook that the Eclipse community because their flagship product Firebox is used by everyday consumers.  Eclipse components are consumed by developers in the form of open source packages that the coordinated release provides, but at the same time many people consume components in commercial products that build upon our open source offerings.

Some other memorable lines “UI is always the most contentious issue“.  Well, at Eclipse we never argue about UI.  Wait….hmm..maybe…this bug has a few contentious comments…..

This talk really resonated with me.  Eclipse and Mozilla are two well known open source communities with different histories but ultimately both are very successful.  I highly recommend taking the time to listen to it. 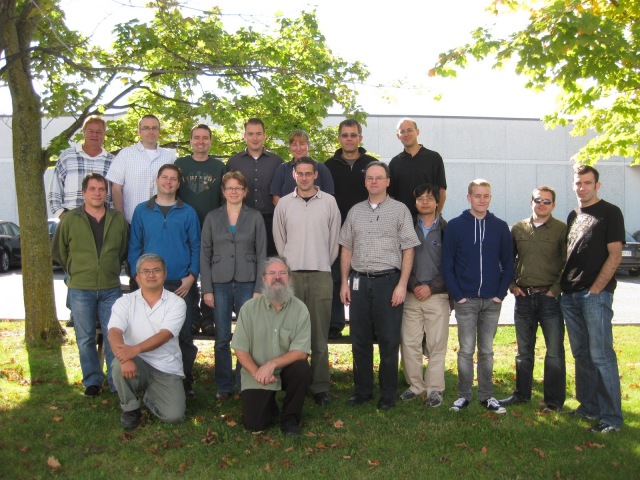