Today, I had to pleasure of closing  bug 241254 which has been open for over two years.  It was a request to run a code coverage tool against the SDK during the build.

We used JaCoCo which is an EPL licensed code coverage library brought to you by the same team that created EclEmma.  Why did we chose JaCoCo? 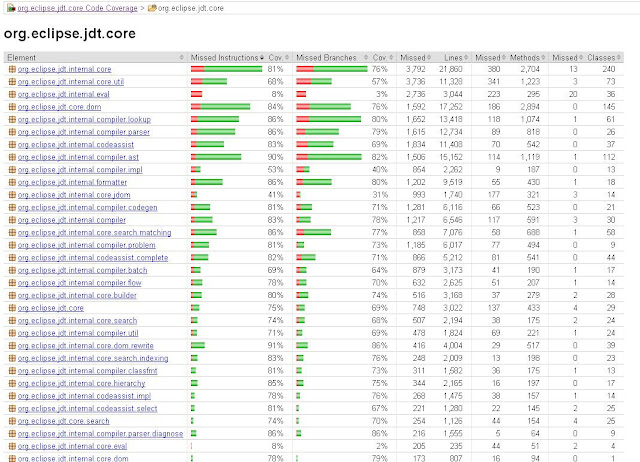 How did we implement JaCoCo in the build? 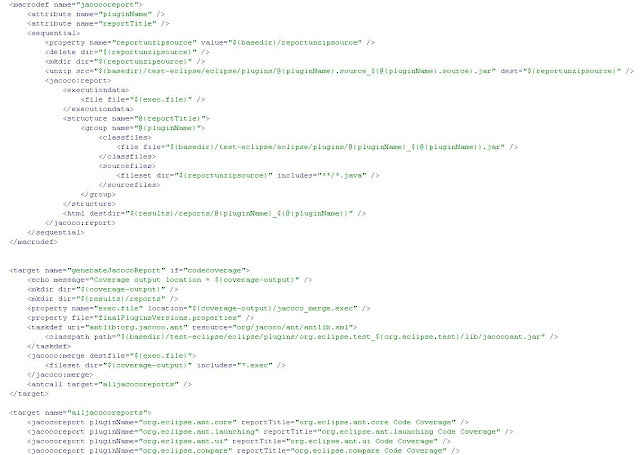 One problem that we encountered was that that JaCoCo report task was running out of heap space when the source files were passed to it as as zipfileset instead of a fileset.  This problem occurred especially when attempting to generate source reports for large bundles such as jdt.core. We overcame this problem by unzipping the source bundles into a temporary location and passing the fileset.

In addition to code coverage percentages, the report generates html of the source files that highlights the code coverage within the code itself.  For example: 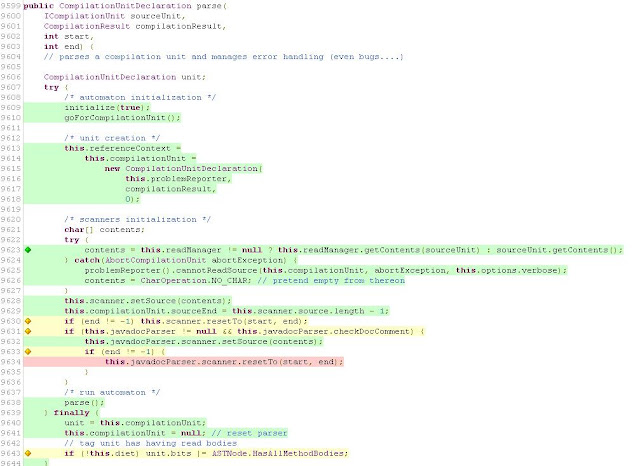 All this information consumes about 1GB per build.  (Sorry Denis and Matt).  Thus I have only enabled it for our weekly integration builds, and the data will not be sent to the mirrors.

The code coverage reports  for 3.7M6 are now available. Check out your favourite Eclipse SDK bundle!